Estimating the age of an electrical installation

It is often necessary as well as useful to be able to establish the approximate age of an electrical installation, whether needing this information for reporting purposes, work or just plain curiosity.

Electrical testing alone is insufficient to give an installation’s exact age although, in some instances, it can assist. Instead, recognizing certain details will be a great skill which can be honed by experience.

Whilst appreciating that there is no substitute for time-served experience, the purpose of this article is to give some pointers to look out for in typical small/or medium-sized electrical installations.

It should of course be obvious that many installations will be comprised of components of differing ages – as installations often evolve and can be modified over time. Wiring accessories, switchgear, and light fittings, for example, are relatively easy to renew or replace (and often are).  Wiring however, especially that concealed within the fabric of a building, is often left to serve successive updates to an installation.

All these aspects need careful evaluation before making any conclusion as to an installation’s overall age. The older an installation is, the less common it becomes for it to remain totally in its original form.

Metrication of the construction industry

The British Standards Institution set a program for the metrication of the construction industry to take effect between 1969 and the end of 1972. Trade in British electric cables to metric standards began in January 1970.

To assist the industry in the transition, the logo shown in Figure 1 was often used between 1969 and 1975 on items that would contain incompatible differences between imperial and metric dimensions. This particularly applied to cables and items with screw threads. To this day, such legacy labels may still  appear on things like trunking, conduits, and wiring accessory back boxes. Where spotted it is generally a very good indicator that the item was manufactured and probably first installed during the period 1969-1975.

Other distinguishing factors associated with the metrication process of electrical installations include:

Due to its often concealed nature and relative difficulty and cost to replace, wiring may often form the oldest component of many installations.

Wiring type, conductor size, construction, sheath markings and identification colour of insulation are all factors that can prove revealing when scrutinized. Although the industry uses many different types of cable, focus will be made on the more common types.

Knowledge of cable manufacturers, that have come and gone, as well as trade names can reveal even more, although this topic is beyond the scope of this article.

This was in widespread use within the construction industry for general purpose installation work until the early 1950s. During that decade its usage sharply declined, in favour of thermoplastic insulation such as polythene (polyethylene) and, later, polyvinylchloride (PVC).

Whilst now it is increasingly rare to encounter rubber insulated cable still in service for general fixed wiring work, such cabling exhibits characteristics that make it easy to identify.

The two most common types were:

2. Single core cables, often with a hemp type braided outer layer, usually coloured black or dull red. These are generally referred to as ‘VRI’ (vulcanized rubber insulated). They will often be found run within metal conduits, oval ‘slip tubes’, metal trunking or wooden capping. Occasionally they may be encountered unenclosed in building voids. Some cables of this type may also contain asbestos. Guidance for electricians dealing with asbestos can be found in Michael Peace’s July 2020 article. Usage of the larger sizes of VRI cables continued into the 1960s for applications such as meter tails.

The construction industry embraced this type of cable from the early 1950s onwards. During that decade it quickly began to supersede rubber insulated cabling for general applications. The earliest variety used polythene insulation, characterized by its shiny appearance and slippery feel, these characteristics are still often evident decades on. Later cabling used PVC insulation and in recent years some cabling used may be low smoke halogen free (LSHF) which are usually much stiffer and more difficult to strip back.

Whilst the timespan of its usage and relative longevity can often make estimation of its age difficult, key factors that may help include:

Flexible PVC cables (often just referred to as ‘flex’ or previously ‘cords’) generally tracked many of the developments in fixed wiring cabling, but note the much earlier conductor insulation colour change transition: 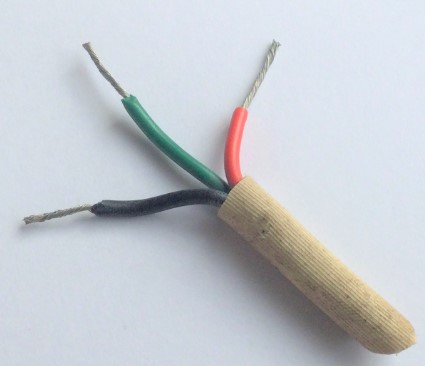 This cable became popular from the early 1950s onwards, although it had been in existence for many years prior. It offered very small outside diameter for a given current carrying capacity, good mechanical strength and of course, excellent fire resistance.

It enjoyed fairly extensive usage in the construction industry up until the late 1970s, particularly for external cabling, use in boiler rooms, churches and of course in fire alarm systems/safety system circuits. A single core special cable of this type was often used for electric underfloor heating.

Usage declined rapidly from the early 1980s with the introduction of pliable fire rated cables which offered faster installation time, a need for less skilled installation techniques and lower costs.

Typical signs to look for include:

Although wiring accessories can be updated relatively easily, their age can mask older wiring behind. Caution should therefore be taken in this respect if using this factor alone to establish an installation’s age.  Changes to the relevant product standard to which wiring accessories are made and often marked, as well as manufacturing material and styling fashions, are all useful to assist in estimating their age.

In-depth knowledge of a particular manufacturer’s production changes is also extremely useful – although this information is beyond the scope of this article.

Additionally, with the advent of manufacturers working under Quality Assurance regimes requiring traceability in the late 1980s onwards, wiring accessories often carry some sort of production date. Where found, either as characters printed on the item, moulded into its material, or sometimes a stick-on label, a date or code can be found – sometimes explicitly showing a date.

Other useful generic age-distinguishing factors for wiring accessories include: 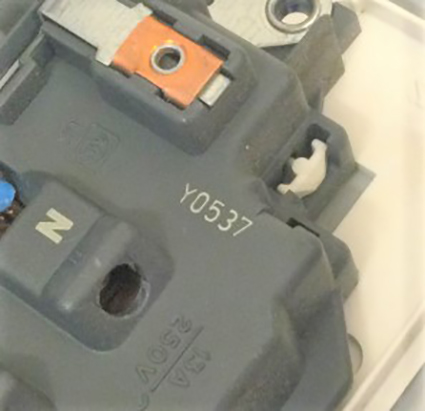 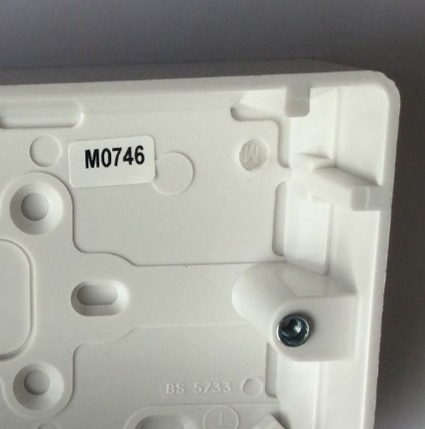 As luminaires, like wiring accessories are easily replaced, they can mask an older installation.

Changes and development in lamp technology, compliance with lighting design guidance as well as styling cues can all assist in determining the age of a lighting installation however, information found relatively easily within such luminaires can often give more exact information. As with wiring accessories and switchgear, date codes can often be found inside luminaires.

Whilst in more recent years, production dating for traceability of manufacture will often be encountered in many luminaires, dating capacitors used in association with some lighting control gear is a practice that goes back to the 1940s.

The following gives some milestones in the development of lighting technology:

As with wiring accessories and luminaires, switchgear such as distribution boards or consumer units are often an easy replacement and can mask an older installation.

Successive changes to the requirements set out in BS 7671 and earlier editions of the Wiring Regulations was generally the main driver behind distribution switchgear getting renewed, closely followed by the need for more circuits to be added to an existing installation.

As with wiring accessories, an in-depth knowledge of a particular manufacturer’s production changes is also extremely useful; although again this information is beyond the scope of this article.

As with wiring accessories and switchgear, date codes can often be found on or within switchgear. In the case of larger industrial or commercial switchgear, a serial number and manufacturer’s unique referencing can often lead to an exact date of manufacture.

Other useful generic age-distinguishing factors of note include: 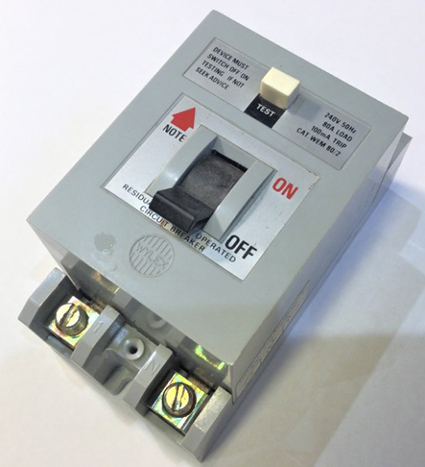 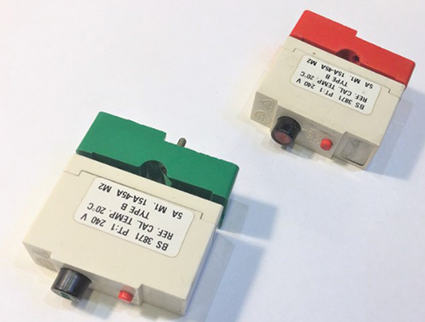 Unless detailed, dated documentation exists, it will be difficult to establish an exact age for any installation. This dilemma may be compounded, particularly with larger and/or older installations incorporating sections and components of different ages. The possibility of equipment having been installed that was not new at the time should always be considered - particularly in domestic premises.

Notwithstanding this, by compiling findings from an installation inspection against some of the information highlighted, it is often found that different factors will ‘fit’ like jigsaw pieces and a reasonably accurate assessment of age can usually be made.