There has been a lot of discussion recently on the use of insulation piercing connectors (IPC) as their use has become increasingly popular on consumer installations, particularly for EV charging point installers. In this article we look at the use of this type of product.

IPCs have been developed as an effective way of making a connection on the overhead distribution network, and in some consumer lighting systems. In principle, an IPC connector could provide a safe and reliable connection and, at first glance, they appear to offer a solution for making easy and economic connections to consumer meter tails.

However, they must be used in accordance with the relevant product and installation standards. The use of IPCs with consumer’s meter tails is outside the scope of the standard for overhead distribution connectors, BS EN 50483-4:2009 and until such time as they have been tested and are covered in a suitable British or Harmonized Standard such as BS EN 61238-1-2:2019, and the ongoing security of pre-existing connections is assured, it is not considered acceptable to use them on the consumer’s side of the installation. To do so results in an installation that presents a high risk of failure or harm and does not comply with recognised standards.

What is an insulation piercing connector?

IPCs are similar to line taps used for overhead lines, enabling a branch connection to be made to an existing cable without stripping the insulation of the cable, and using a shear head bolt to ensure it is tightened to the correct torque. This is well established technology in some industries and prevalent in the distribution network but not generally used on the consumer’s side of the installation. 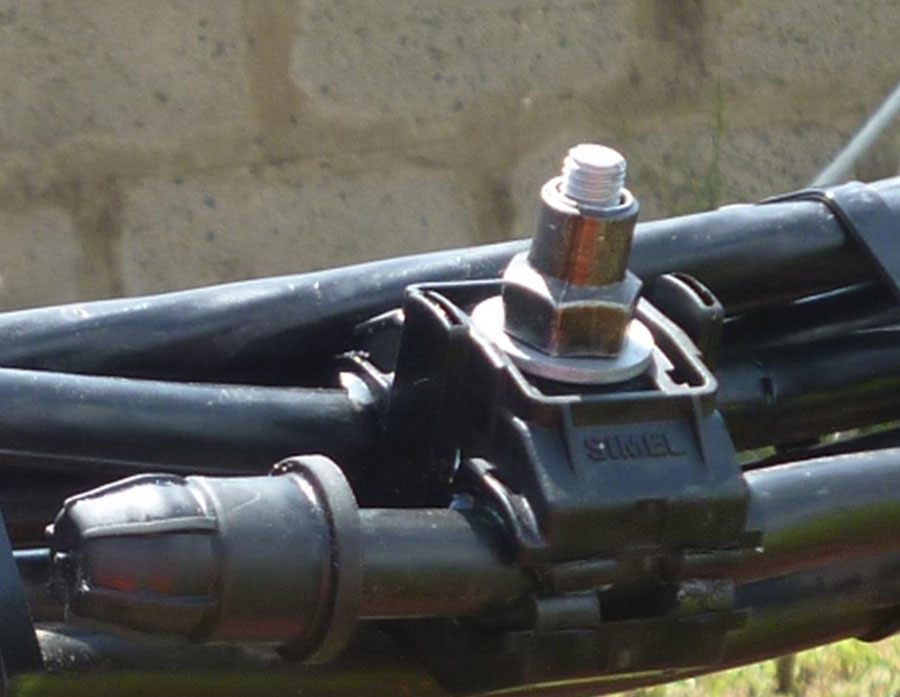 What are the requirements of BS 7671?

Regulation 133.1.1 of BS 7671:2018+A1:2020 requires every item of electrical equipment to comply with the appropriate British or Harmonized Standard. The key word here is appropriate, as the standard often quoted for IPC is ‘BS EN 50483-4:2009 Test requirements for low voltage aerial bundled cable accessories. Part 4: Connectors’. Another standard which might be employed is BS EN IEC 61238-1-2:2019.

‘Where equipment to be used is not in accordance with Regulation 133.1.1 or is used outside the scope of its standard, the designer or other person responsible for specifying the installation shall confirm that the equipment provides at least the same degree of safety as that afforded by compliance with the Regulations. Such use shall be recorded on the appropriate electrical certification specified in Part 6.’

For the reasons outlined in this paper, it is difficult to see how the designer of an installation could provide an adequate justification that the equipment had been proved suitable for use outside the scope of the standard. Therefore, they must not be used for making connections to consumers tails or other non-ABC conductors.

What is Aerial bundled conductor (ABC)? 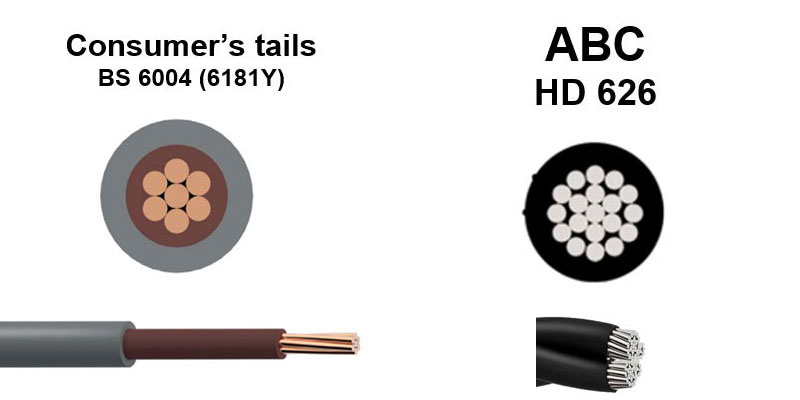 Are IPCs suitable for use on PVC consumer’s tails?

Equipment should only be used within the scope of its standard. The scope of BS EN 50483-4:2009 states that Part 4 applies to connectors used for the electrical connection of ABC and the connectors are designed to be installed on ABC defined in HD 626. PVC consumer’s tails are manufactured to BS 6004 (6181Y). Therefore, they are outside the scope of the standard and this type of IPC should not be used in consumers’ installations and on PVC consumer tails in particular.

What are the advantages of using IPC?

Connections made using IPC are less time consuming than using traditional termination methods and can be made without the need to isolate the supply. This means that their use falls within the legal definition of ‘live working’. Those who engage in live working must be able justify it and ensure the work is carried out safely. It is difficult to see how live working might be justified when the installation can be made dead by withdrawing the main fuse to the property. The main issue here is that supplier parties who can remove the main fuse may not provide the service in a time frame that suits the installer, or they may charge for the service. This is a planning issue and falls within the scope of the Construction, Design and Management Regulations 2015.

What are the issues with using IPCs on consumer meter tails?

When the IPC is used for consumer’s tails, it is outside the scope of the standard, therefore testing has not been carried out to verify suitability.

The insulation material typically used for ABC is cross-linked polyethylene (XLPE), whereas meter tails are usually manufactured from PVC and are insulated and sheathed, therefore the overall insulating material is typically thicker and sufficient surface contact area cannot be assured. The design of IPCs used for meter tails would need to be refined to suit the application and appropriately tested.

Once installed, the terminations are generally not supported other than at the point where they enter the electricity meter or the consumer unit/distribution board. This means that they can be subject to movement and uncontrolled forces. This is poor installation practice and must not be adopted. It is difficult to see how, using an IPC, the conductors can be supported adjacent to the connector. Cable cleats either side of the connection may be needed.

It could be argued that the recognised approach of inserting terminal blocks to provide the split to the EV equipment can also suffer from the same issue of stress on terminations if not supported adequately.

Whilst the IPC requires a bespoke tool to hold it during the piercing and ‘snap-off’ operation, the conductors either side of the connector are subject to heavy rotational forces which will stress the termination at both the electricity meter and the distribution board. Whilst it may be possible to check the termination on the meter board for tightness using an appropriate live working regime, the installer cannot access the electricity meter terminals and so cannot check if their actions have had a detrimental impact on them. This leaves a potentially dangerous installation.

For this reason, the installation method is not acceptable and must not be used.

It is unclear if the shroud for the cut end of the newly connected cable has been designed for the environment and purpose in which it is being used.

The cut end of the branch conductor is protected with an insulated cap sheath that slides onto the conductor, technically this constitutes non-sheathed cables and should be enclosed to provide IPXXD or IP4X protection in accordance with the requirements of Regulation 521.10.1 of BS 7671:2018+A1:2020. When installed it is not known how durable it will be.

Failure would result in a live exposed conductor that is protected by the main incoming fuse, typically a 100A HRC fuse, presenting danger of death to anybody who comes into contact with it.

IPC connectors can be provided with a captive design of end cap.  In summary, products tested using ABC cable to BS EN 50483-4 cannot be assumed to be compliant - if this sort of product is going to be used, users should request product that has been tested to BS EN IEC 61238-1-2 on meter tail cable and proven to meet IP4X requirements.

Thanks to the Energy Networks Association (ENA) and the British Cables Association (BCA) for their valued contributions in the production of this article.